had been planning this post for awhile, but it grew a bit larger after a fun idea from Lindsey to host a Pin It Party! Make sure you head on over to Lindsay’s to visit lots of awesome blogs and pin away for inspiration.

After declaring that I would give baking another try, I opened up Pinterest and pulled out a few of the recipes that I thought were right up my alley — gluten free, dairy free, healthy(ish) and made with ingredients I had on hand! None use white sugar and most use either a little stevia or a little honey for sweetness combined with fruit…as with most things some were successful…others not so much.

Honey Ginger Almond Date Cookies
I followed the recipe from Keepin It Kind, minus using ginger powder instead of fresh ginger. Some flavor was missing in these for me personally…um not that I didn’t totally eat them mind you, but they aren’t on my list to make again. If I were to try the recipe again I would have made them super thin and thus more crisp like a ginger snap! 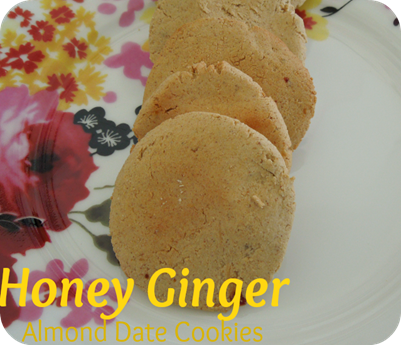 Superfood Godess Bites
The original recipe comes from DAMY Healthy and was a little different than many of the protein balls I have seen. I was excited to try it because this one did not use peanut butter…I get enough of that all day long, so it’s good to have treats with other ingredients. 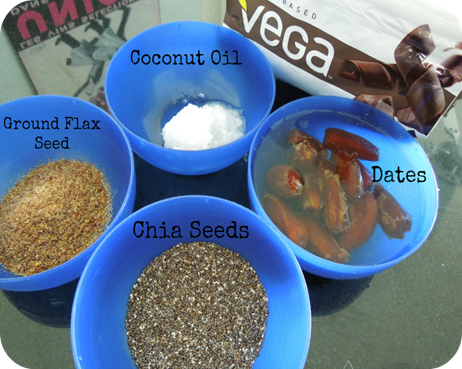 RESULT: Yum, but modifying to work for me!  I have no final picture of this recipe because I got so frustrated with attempting to turn it in to the pretty little balls that everyone shows that I just dumped it in a container and put it in the fridge. <

I would probably make a much LARGER batch next time around as it takes a lot of work to process those dates!

Chocolate Cookie Dough Fudge
The title of this recipe from DAMY “Healthy Chocolate Chip Cookie Dough” had me VERY excited as it would be another recipe with chickpeas to serve as an alternative to my dessert hummus. However, in the end it DID NOT taste like fudge at all. I ate it mind you because I don’t waste food, but it didn’t hold a candle to my hummus and only a liar would call it fudge. 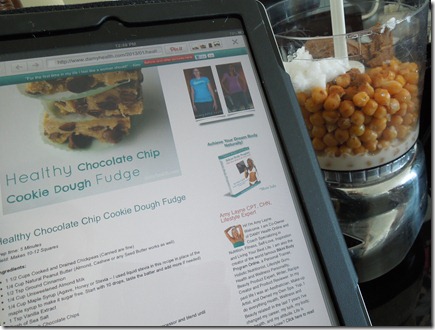 It took some time in the fridge to get it solid enough to create any kind of bar. I ended up keeping in the freezer to pull out when desired. RESULT: Not making this again. I love my chickpeas, but I’ll stick to my dessert hummus. This was just plain false advertising.

PB Crispy Rice Treats
After looking at a variety of recipes, I settled on one from Dashing Dish that would combine all my favorite things, nut butter, Vega and cereal, sans the dairy!! These tasted like heaven, but I couldn’t quite get them to stay in tact…so I mostly just made little balls as I went in for a handful. 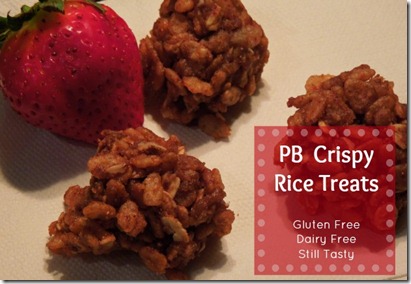 RESULT: YUM, but modifications needed. I have since used a modified version of this with carrots to make a small single serving afternoon treat. If I were to make it again I’d put them in the freezer so I could have an actual square of a treat when I was ready for it.

This website uses cookies to improve your experience while you navigate through the website. Out of these cookies, the cookies that are categorized as necessary are stored on your browser as they are essential for the working of basic functionalities of the website. We also use third-party cookies that help us analyze and understand how you use this website. These cookies will be stored in your browser only with your consent. You also have the option to opt-out of these cookies. But opting out of some of these cookies may have an effect on your browsing experience.
Necessary Always Enabled
Necessary cookies are absolutely essential for the website to function properly. This category only includes cookies that ensures basic functionalities and security features of the website. These cookies do not store any personal information.
Non-necessary
Any cookies that may not be particularly necessary for the website to function and is used specifically to collect user personal data via analytics, ads, other embedded contents are termed as non-necessary cookies. It is mandatory to procure user consent prior to running these cookies on your website.
SAVE & ACCEPT